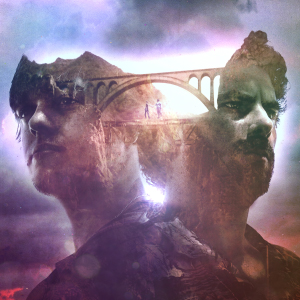 Side of Fries is a comedy-directing duo made of Luke Rocheleau and Jordan Allen. Using their combined powers, they create memorable stories with high production value; writing, directing and editing all of their projects.

Since being founded in April of 2013, Side of Fries has gone on to create commercial content for the likes of McDonalds, Kool-Aid, and Pringles along with a host of other national and international brands. This creative force is not afraid to push the envelope with outlandish ideas and highly inventive concepts; breaking barriers, and hearts, as they handsomely carve a path towards creative enlightenment, one fry at a time.

“I started out as a SAG actor from the ages of 9-13 before making my jump to life behind the camera. None of my friends growing up could edit, but they all wanted to make movies, so I volunteered with no concept as to how much I would fall in love with it. I continued to teach myself through high school and began writing, directing, and doing visual effects work into college. I eventually transferred to Chapman University with a major in film production, leaving in 2013. It was at this time I met Luke and we formed “Side of Fries” with the dream of creating things the world has never seen before!”

“Movies were such a big part of my life growing up, I think this was my first film school without even knowing it! Attending the cinema was like entering a dream chamber; anything could happen if you wanted it. In high school I learned about non-linear digital editing and started to make my own little shorts, which eventually led me to attend the Academy of Art in San Francisco. After graduating I began working as a stedi-cam op but always had a desire to create. Years later I met Jordan on set and the brain blending began, leading to “Side of Fries” beautifully fried conception in 2013 and the magic just keeps on flowing!”